Kadrolsha (KO) Ona Carole travels the globe giving lectures, making appearances, doing reading & healings and sharing her vast paranormal knowledge. She has made comic book history by becoming the first person to be a comic book Superhero doing what she does in real life between the pages of a comic book. KO  is part of Warner Brothers motion picture history with her contribution to the 40th Anniversary of The Exorcist DVD on Blue Ray.

She hosts Paranormal 13 News (P13N) and P13N Radio on the Galaxy Global TV Network, Roku plus many more and in 195 countries, 50 states, Comcast Big South and in airport televisions services worldwide. Airing on Nov. 13, 2018. Since P13Ns debut it has won an award for being the fastest-growing paranormal news formatted program since its debut says Galaxy Global Televisions Network! Paranormal 13 News is the first paranormal program to be seen on Airport Television.

She is the author of Ghosts and Legends of the Merrimack Valley for History Press’ Haunted America Series and Ghosts of the New Hampshire Seacoast.

Queen of The Paranormal Kadrolsha Ona is a Pop Culture Icon, Actress, Author, Radio, TV personality. Currently she is the paranormal expert of the Greatest Ghost Show on earth! Toppling sixty-five million combo monthly audience with Jimmy Star and Ron Russell from the Jimmy Star Show. And Eileen Shapiro of the Huffington Post. President of the New England hall of fame. Rep in New Hampshire for the international Blues society hall of fame. 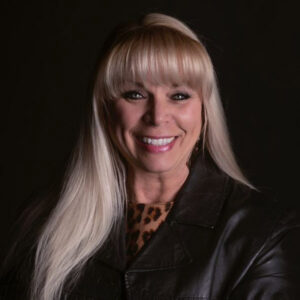