Suzy Hansen has had past careers in school teaching, and in Grief Counselling. Following a lifetime interest in UFOs, in two thousand she founded the UFO Focus New Zealand Research Network (UFOCUS NZ), a nationwide organization that investigates UFO sightings, and provides support for those experiencing alien contact. Suzy has been involved in UFO research for about forty years, and she lectures internationally at conferences about New Zealand UFO sightings, and her own alien contact, and interaction experiences. She also speaks publically on spiritual, and metaphysical topics.

Suzy’s focus for the last decade has been on encouraging members of the scientific community to participate in examining the wealth of science-related detail contained in accounts of human interaction with extra-terrestrial species, as well as aspects of UFO sighting investigation data.

She believes that one of the major issues facing humankind in the future, will be open contact with other civilizations in the Universe. In the meantime, there is much to be learnt from humans who have already made this tremendous leap in consciousness, and who have witnessed the vast array of potential benefits available to mankind, and our environment through such associations.

Suzy runs a support organization for those experiencing contact with extraterrestrial species and intelligences. She is also the author of a book called ‘The Duel Soul Connection: The Alien Agenda For Human Advancement”  Her book uniquely combines absorbing details of her life-long alien encounters, along with a scientific examination by Dr. Rudy Schild, Emeritus Astrophysicist, Harvard/Smithsonian Center for Astrophysics (USA). 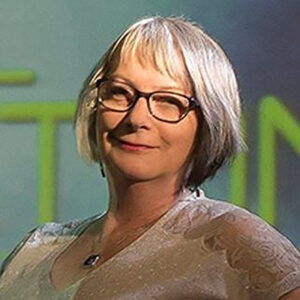