Don Allison has a career that now spans more than four decades, much of that time with the daily Bryan Times newspaper in northwest Ohio. To be successful as a writer and editor with a community paper requires accuracy, truthfulness and trust. Simply put, if Don had not been painstakingly accurate and built a culture of trust with his readers, he could not have survived and thrived as a journalist for so many years.
His work as an editor, page and section composition and columnist has been recognized with numerous Associated Press awards. In addition, Don has authored and contributed to books on the American Civil War and Northwest Ohio history, in addition to his books on the paranormal. Don and his wife are the founders and publishers of Faded Banner Publications.

For nearly four decades Don has served on the Williams County, Ohio, Historical Society Board of Trustees, and through the years he has held various offices with the organization. He spearheaded the successful effort in which the society acquired and preserved the 1845 Society of Friends Meeting House in western Williams County. Don also is a founding member and past trustee and officer of the Stryker Area Heritage Council. Currently Don serves as an interpreter with the Sauder Village, Archibald, Ohio.

Don is in demand as a speaker and presenter at conferences and other events. During 2019 alone he was a presenter at the Gettysburg Battlefield Bash and numerous paranormal conferences. He’s also has given presentations and provided book signings at Civil War Roundtables, museums, historical societies, and National Park service sites including the National POW Museum in Andersonville, Georgia. 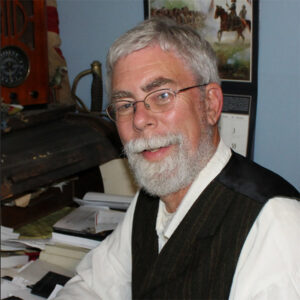