Tony Healy has since 1969 investigated a wide range of unexplained phenomena in every state and territory of Australia and in many other countries. Since the early 1980s he has collaborated with fellow researcher Paul Cropper on many projects, notably in co-authoring Out of the Shadows: Mystery Animals of Australia (1994), The Yowie: In search of Australian’s Bigfoot  (2006) and Australian Poltergeist (2015).

In 1998, after a series of fortuitous coincidences, he and Paul found themselves “embedded” in the amazing Humpty Doo, NT, poltergeist episode. That mind-boggling experience was the genesis of their third book, Australian Poltergeist.  During all of his travels through the wide, wide world of weirdness, however, the mysterious yowie has held a special place in Tony’s heart.

So, with Paul, he is focusing once more on the shambling Aussie ape-man: they are currently working on The Yowie File, which contains scores of recently discovered eye-witness reports dating from the early colonial era.  After that one’s published, Tony hopes to live long enough to finish his long-neglected book of memoirs (working title: Monster Safari) an account of his forty-odd (very odd) years in this arena.

Episode 49: In Search of the Yowie          Website: Australian Poltergeist 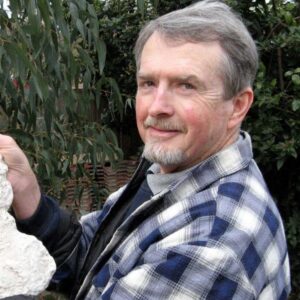