John Cordy was a senior air traffic controller at Wellington International Airport.  John, now aged 85, is the last remaining ATC who witnessed the Kaikoura lights/objects on radar.  He has spoken publicly about this experience and has appeared in a number of documentaries and articles for four decades.  John’s sharp intellect and wit, along with his exceptional memory of the events, make him the ideal interviewee.

John was born in Bristol, England, and joined the RAF at age 17, serving eight years as an airborne radio and radar operator.  On demobilisation he joined the ATC staff of the aeroplane and armament experimental establishment at Boscombe Down, England, and later transferred to Heathrow Airport, London.  In 1954, he had his own UFO sighting.  He migrated to Wellington, NZ in 1976 and eventually became Senior ATC at Wellington Airport.  John has been an aviation consultant on the staff of Ufocus NZ for 11 years. 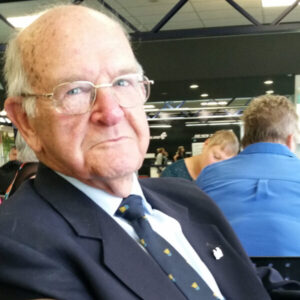