D does not have a public blurb so I can tell you all about his background. He has allowed me to call him D. So that is how I refer to him.

D has a TikTok account where he talks about his belief, understandings, and other things that take his fancy. His account has over two hundred thousand followers, with over two point nine million likes. So, he is well followed there.

His account on Instagram also has thousands of followers.  He’s very open, at times raw and vulnerable about discussing very personal issues.

He is currently engaged to a wonderful man and splits his time between living in the States at his place, and in Mexico at his fiancé’s home, where he was when this conversation took place. 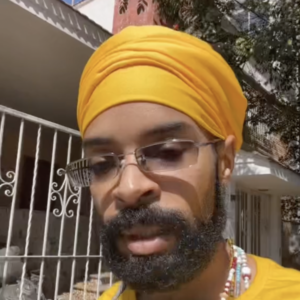