Sheryl Gottschal has had a life-long interest in the paranormal and began actively studying the paranormal in 1980 with her interest in Near Death Experiences. Soon after she joined the International Association for Near Death Studies (IANDs) and in 1995 hosted Dr Ken Ring on tour in Australia presenting research for his future book Mindsight: Near Death and Out Of Body Experiences In The Blind.

In 1988 Sheryl’s  other interest in extra-terrestrial life led her to join the Brisbane based Association, UFO Research Queensland and in 1992 Sheryl, with her late husband Dr Martin Gottschall, established the first close encounter support group in Brisbane. Sheryl’s current research bridges the Afterlife and UFO subjects, and in 2012 she established the monthly Afterlife Discussions group. She continues to find links between close encounters with non-human intelligences and the afterlife and believes that the two great mysteries of our time, are we alone in the universe and what happens when we die, may be more deeply connected than we realise.

Sheryl has had many paranormal experiences herself including an NDE, Out of Body experiences (OBE), UFO sightings, a close encounter with non-human intelligences (ETs), poltergeist activity, automatic writing, and other unexplained phenomena; all of which propel her to continue on her quest to understand what it means to be human. She speaks regularly about the

UFO phenomenon and the Afterlife at public meetings, conferences, community groups, schools and library groups, and has given hundreds of media interviews. She writes for UFO and New Age magazines and worked as a clinical hypnotherapist. She was a regular guest on the weekly Spooky Action radio show (2018) and co-hosted the Strange Encounters radio show in 2019 – 2020. She currently is co-host of the YouTube, Strange Encounters Downunder, show. 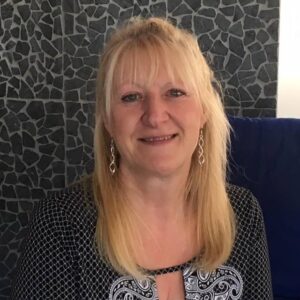