George Lunsford  is an author and podcast host. He has done many jobs from being a maintenance man to making explosives for the government. He was also an actor for many years doing indie feature films, commercials, book trailers, Public service videos, and even a music video.

He’s experienced many paranormal and unexplained events growing up, beginning as a young man with a visitation from his great-grandmother, when she passed away. She came to say goodbye to him. Also during his time in the Navy at sea.

George has also always had an interest in researching and studying the Bigfoot, and indeed in myths and legends. So much so, that he wrote four books in a “Legends, Myth, Monsters, and Ghost” series. He did this, because, he wanted to share the stories he’s heard and researched from all over the US with the world. He wants people to know that there is so much out in the world, then in that little bubble we all live in. 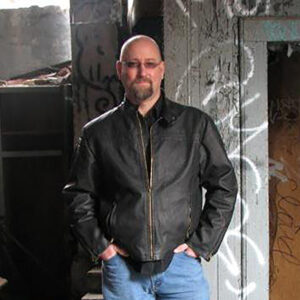